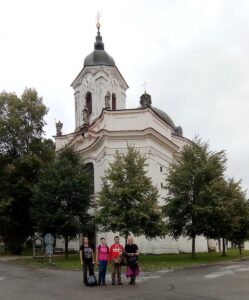 During the summer we came up with the idea to organize an extraordinary meeting (outside the classical spring and autumn dates) for editors in the south of the Czech Republic and to try to take pictures of the objects not yet documented and listed in Wikidata together. The event was open to newcomers and experienced Wikipedians, whether from the South Bohemia region or elsewhere.

The event took place on the afternoon of the last Sunday in August (28 August) and communication with interested people and participants was mainly on the Wikipedia event page.

Over 40 photos have been uploaded so far as part of the wikiwalk, which can be viewed on Commons.